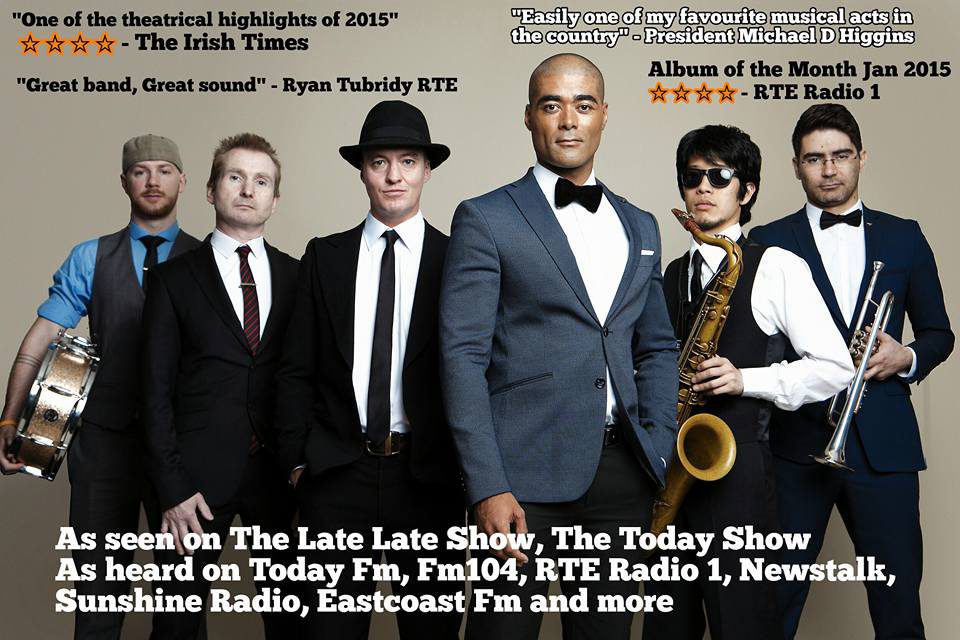 Luke Thomas and The Swing Cats, are coming to Naas with their hit show The Story Of Swing on 29 February.

This show captures the full evolution of swing music, from its birth in the 1920s to the big band era of the 30s and 40s and on to the golden age of the 50s and 60s.

It includes a musical timeline of swing classics from the 1920s to the modern day, with the music of legends Louis Armstrong, Fred Astaire, Bobby Darin, Frank Sinatra, The Rat Pack, Nat King Cole, Luis Prima and right on up to the modern day music heroes, Michael Bublé and Paolo Nutini.

Hear such classics as ‘King of the Swingers’ ‘Puttin’ on the Ritz’, ‘When The Saints Go Marching In’, ‘Mack the knife’, ‘I Can’t Take My Eyes Off You’, ‘Mr Bojangles’, ‘New York, New York’, and many more along original hit songs from The Swing Cats’ chart topping album ‘Dance With Me’.

The Swing Cats perform at The Moat Theatre, Naas on Saturday 29th February at 8pm. Call 045 88 30 30 or book online. www.moattheatre.com